What is a “Mini Marriage?” 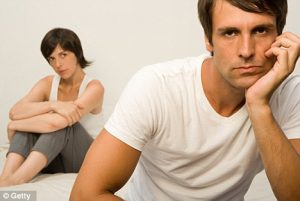 A mini marriage is an exclusive couple who is acting committed without actual commitment. Their mindset is not “single,” they consider themselves a “couple” and if you ask them if they are in a committed relationship they almost always will say “Yes,” even though they have zero plans or agreement to become committed, either because they haven’t talked about it or because they prefer to leave things open.

This is the norm for many couples who don’t believe in traditional marriage but haven’t really defined the parameters/boundaries/rules for their relationship. They just function as a couple every day without solid agreements and plans for the future.

And this is really, really common when two singles start dating and decide to stop dating others and become an exclusive “couple” without talking about commitment or the long term. Becoming exclusive is most commonly the only real “agreement” or “commitment” they have. They act committed and think of themselves as committed without actual, real commitment. They eventually buy houses, have children, and act like a committed couple and have the “attitude” of commitment without the “fact” of commitment. This can work for years, until a problem develops and it stops working.

Some years after I created the 5 stages of relationship coaching and identified the “mini-marriage” as a form of “pre-committed,” relationship, researchers came up with the term “sliding vs. deciding,” which is a cool way to put it- people in a mini-marriage “slide” along in their relationship while conscious, intentional couples who want and care about commitment and their future focus on “deciding” their future together.

The term “mini-marriage” isn’t used much anymore in professional literature and has changed in how it’s used in the mass culture. This is a shame because relationship experts and researchers typically ignore the nuances of “pre-committed” relationships and lump them all together as “pre-marital.”

The absence, presence, or confusion about commitment can become a huge need and issue in relationships that aren’t clearly committed that causes these couples to seek professional help. Applying the paradigm that commitment combines both “Fact” and “Attitude” and exploring that with these couples lends itself well to relationship coaching and addressing the challenges these couples bring to us, which is why I’ve hung on to that term all these years and will continue to do so as long as it encapsulates the dynamic of these  couples and there’s not a better, more widely used term. “Sliding” might be good though, and is the same thing.

For more information about the role and nuances of Commitment in relationship coaching:

The Role of Commitment in Coaching Relationships

Commitment: The Path to Relationship Happiness