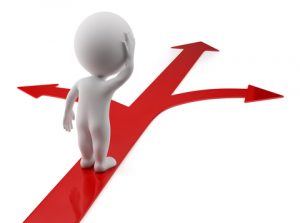 “You can’t always get what you want. But if you try sometimes you might find
you get what you need.”
-The Rolling Stones

Ah, but in relationship coach training and certification you’ll find that when dealing with human beings and relationships, nothing is simple and clear!

Addressing our client’s agenda is one of the Core Competencies of coaching defined by International Coach Federation, and as an ICF approved relationship coach training program, we take this topic very seriously.

So in this article we’ll address the client’s stated agenda, their “higher” agenda, and what happens in the real world of coaching imperfect humans.

First, a couple of definitions:

Stated Agenda: What the client says they want help with.

Higher Agenda: The long term big picture of what the client wants.

The Story of Anna: A Case of Stated Agenda Conflicting With Higher Agenda

Anna (not her real name, of course) was a young, very attractive, high-powered, successful Silicon Valley high tech executive in her late twenties who hired me as “the best relationship coach in the U.S.” I guess she assumed that as the founder of Relationship Coaching Institute and author of Conscious Dating that I was “the best,” which I humbly denied, but didn’t argue with her as there was no arguing with this strong-minded, “take charge” woman.

Anna had a strong desire to find her soul mate and settle down to have babies and raise a family with the love of her life. A very traditional “white picket fence” dream for this very modern woman. She complained that men were intimidated by her and it was difficult to find compatible partners.

But Anna was also strongly attracted to “bad boys” and knew that was a weakness that would hinder her success, which is part of why she hired me and wanted “the best,” to solve her riddle of being stuck between intimidated “good boys” vs. fun “bad boys.”

All was going swimmingly until we got to the part of the Conscious Dating plan that asks the client to choose between the journey to find her Committed relationship (and staying single and available to do so) and Recreational Dating (fun, short term relationships, not seeking commitment). Being young with a high stress job, Anna didn’t want to stop fooling around with fun “bad boys” while seeking her soul mate. She decided, despite my best efforts to persuade her otherwise, that she could do both. This was a woman who was used to getting her way, including having it both ways whenever she wanted. After exploring the risks and possible downsides to doing both, there was nothing I could do or say to change her mind.

Two months later she reported that she was pregnant and the father was a “bad boy” who didn’t know and she didn’t want him to know. She decided to raise her baby as a single mother, fully aware that her traditional “white picket fence” Vision was gone forever and she would now be dating as a single parent and whoever she married would not be the biological father.

What Can We Learn from Anna’s Story?

While Anna didn’t accomplish the Vision she stated she wanted, I have to believe this is what was needed for her to fulfill her higher destiny. Just speculating, but I imagine becoming a mother would soften her and help her mature into a woman who is ready to share her life with a “good” man and let go of needing to be in control and addicted to the kind of fun that “bad boys” provide.

This is an example of what happens in the real world of coaching imperfect humans, and we are all imperfect.

As coaches we have to be mindful that, despite our best efforts, Life doesn’t always give our clients what they want, desire or expect, sometimes it gives them what they need to fulfill their destiny and become the person who they’re meant to be.

I’m a living example: Relationship Coaching Institute and my accomplishments in the fields of relationships and relationship coach training would not exist if my first or second marriage had worked out like I wanted. While I wouldn’t wish the pain and sacrifice of two divorces on anyone, I now see why that path was necessary and important for me to travel to live the amazing life I now share with my soul mate.

Caution for new coaches: This does NOT give you permission to impose your idea of their path as your agenda for your client! Your job is to travel and discover their path with them, not judge and control it as their “destiny.”

Complexities of the Coaching Agenda

I’m sure there’s more layers and nuances, but you get the idea that the Coaching Agenda is far from simple, it is quite complex.

While I was helpless to save Anna from herself and we can’t control our client’s choices and outcomes even with all of our experience, expertise, and great advice, we have absolute control over what we focus on with our client with our next coaching question. So effective coaching boils down to crafting good coaching questions and using good judgment about what to focus on.

Our priority and agenda as coaches, in each moment of each coaching session, is to move our client forward towards their goal and desired future. This starts by helping them identify their goal, then connecting it to their big picture Vision of what they want for their desired future, planning action steps and strategies for achieving their goal, and getting into action.

That’s all we can do, but this is our Coaching Superpower and it’s a highly effective methodology for empowering our client to achieve seemingly impossible goals.

But coaching is not a magic wand, and our client is in charge of their life and destiny. As with Anna, despite our best efforts, sometimes they get what they need instead of what they want, which is why we can’t be attached to any particular path or outcome. Your clients WILL surprise you with amazing successes and flaming failures that you are not able to prevent, predict or control, so there’s no use trying.

Our client’s stated agenda might be to help them solve a big problem. New coaches in RCI’s relationship coach trainings often get excited to help their client and take the bait by diving into problem solving, but this is not effective coaching and usually ends up going nowhere, or results in (what I call) “One Session Wonders” where the client got the answer they were seeking in their initial consultation and don’t see a need for future coaching.

So what do we do? Simple, we “Zoom Out” by helping them re-frame their problem into a goal, then connect it to their big picture Vision of what they want for their desired future, then “Zoom In” to plan action steps and strategies for achieving their goal, and get into action. It’s amazing how often the initial “problem” disappears when you do so, even if it wasn’t directly addressed. In doing so we’ve elevated our client beyond the immediate obstacle to a longer term, bigger result than simply solving a problem.

Let’s use a metaphor: A client is hiking and is faced with a huge, towering cliff that seems impossible to climb. An avalanche is blocking the trail and it seems their available choices are to try to climb it or go back 20 miles to where they started. Another hiker arrives who happens to be a coach-in-training, and together they try to solve the problem and they are both stuck, neither has the skills or desire to climb it, and they don’t want to go back 20 miles. A third hiker arrives who happens to be an experienced coach, and when they see the avalanche they assume there is another path around the cliff, so they backtrack to a hill to get a better perspective and spot another trail with other hikers who found a low pass that’s even easier than the trail they are blocked from.

The lesson from this metaphor should be pretty clear: If you jump into problem solving with your client you risk being as stuck as they are. Zoom out to get better perspective and more resources and options will become available and the path will become clear and achievable.

Ignoring the Stated Agenda to Coach the Higher Agenda

Zooming out before zooming in and coaching goals instead of problems, are examples of what might be called “Coaching the Higher Agenda.” What’s more important to your client- achieving a big goal or solving a problem? Achieving success and fulfillment or removing frustrations?

The client’s higher agenda is to fulfill their destiny and achieve their big picture Vision (even if they don’t know what it is). Sometimes this means we need to use our Coaching Superpower to re-direct their stated agenda by shining the light on what they really want rather instead of what they don’t want, on their bigger goal rather than their immediate problem, on their resources and strengths, rather than their limitations and fears.

In the metaphor above, the experienced coach did not help the two hapless hikers choose between two undesired options, they zoomed out to help them find a third option that would take them where they wanted to go.

As coaches we are trained to always honor the client’s agenda. I know it sounds terrible to ignore your clients stated agenda and re-direct them, but it’s sometimes necessary in service of their “Higher Agenda.” Magicians use re-direction all the time and achieve amazing results, and so do coaches!