The Case Against Coaching Limiting Beliefs 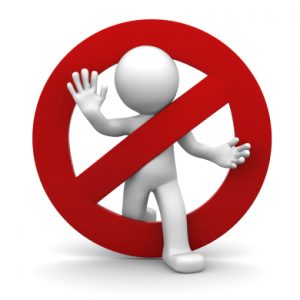 Coaches seem drawn to limiting beliefs (sometimes referred to as “self-sabotaging thoughts” or “gremlins”) like moths to a flame. It is distressing as a coach to see your client holding themselves back and sabotaging themselves and you understandably want to do something about it.

Unfortunately, most coaches seem to think the “direct attack” approach is the way to go- identify the limiting belief, reframe it to something more empowering, and consciously make it go away. If only it were that simple and easy.

The problem with trying to change limiting beliefs is:

Or at least your client’s “truth” and as coaches we don’t judge or try to change our client’s truth. That never goes well. Your client formed these beliefs for a reason and they continually see (or find) evidence that reinforces these beliefs. There is literally nothing you can do at the conscious level to effectively convince them otherwise (even if they say they agree with you).

– You are straying from coaching and attempting to “fix” your client.

As coaches we assume our client is whole and capable of success as they are. If not, they require a higher level of intervention, such as psychotherapy, mental health treatment, etc. and we need to refer them on. Assuming your client is not capable of achieving their goals as they are and attempting to “fix” them is disempowering and no longer “coaching.”

– You are assuming the belief needs to be changed before the client can be successful.

You may be right, but you also may be wrong, either way it’s an assumption, not a fact. We humans are able to choose to do things that scare us, feel risky and go against our fears. We are able to try things we are skeptical about, to put aside our fears and beliefs as an experiment, choosing to be open to new realities and outcomes in service of our goals. You’re a coach! Help your client choose to move forward, don’t hold them back because you think they need to be fixed.

You can spend a lot of time trying to “fix” your client and change their limiting beliefs, or simply use your Coaching Superpower to move them forward towards their goal, and when they make progress, their self confidence will increase and their limiting belief will diminish and recede and no longer control their thinking and results.

The Big Idea: Rather than holding your client back by assuming they need to change a belief before they can be successful, simply help them move forward towards their goal.

Singles of all ages and genders have many limiting beliefs about dating, fear of being alone or in a bad relationship, self doubts about their desireability and if true lasting love is possible for them. But my heart goes out especially to single women over 50 who are so lovable and have so much love to give that any potential partner would be happy to receive and give back, but their limiting beliefs hold them back and they sabotage themselves, growing old alone, tragically and unnecessarily.

Do YOU want to try to counter or “fix” these limiting beliefs? There is no trick or strategy or technique that will convince any skeptical single woman over 50 that she is attractive and desirable to potential partners.

Thankfully, we don’t need to. All we need to do is straightforward singles coaching-

Step One: What’s your big picture, long term goal? In this case your Vision for the life and relationship you want.

Step Two: What’s needed to accomplish your goal? In this case identifying your relationship Requirements, Needs and Wants and clearly identifying who you seek that would be a good fit for realizing your Vision.

Step Three: What’s your plan for accomplishing your goal? In this case the Four Steps for Conscious Dating®– Scouting, Sorting, Screening and Testing along with strategies and paradigms such as being The Chooser, etc.

Step Four: Implementation of the plan and addressing challenges to accomplishing your goal.

Step Four is the key and where limiting beliefs will show up in a way that we can effectively address them. Hopefully I’ve made the case that trying to “fix” your client’s limiting beliefs BEFORE they get into action is ineffective, however, addressing them in the context in which they occur, actually getting into action, is the key.

In more than 20 years of coaching singles I have found that they often start coaching frustrated, discouraged, and skeptical, and within a few weeks, certainly by the end of Step Three, they are excited, empowered, and itching to get into action. This is the power of Clarity and having an Action Plan that you have confidence will work for you. Not to mention, having the support of a skilled coach and the commitment that comes from investing real money into getting their help. Somehow, magically, all the limiting beliefs that held them back before coaching have disappeared. I would estimate this occurs about 75% of the time.

So in the 25% of cases where your client has fears about getting into action and all their limiting beliefs are coming out clear as day. What do you do?

Option 1: Nothing. This is my favorite, go-to strategy for dealing with gremlins, just ignore them and get into action. If your client has completed all four steps mentioned above, they have all the tools they need to make and implement effective choices that will result in success. Success is rarely linear, so expect stumbles, obstacles and challenges and keep forging ahead and you’ll eventually get there. As Nike says, “Just do it!”

Option 2: Non-attachment. The more you’re attached to a particular outcome (positive or negative) the more problems you create for yourself. So coach your client to get into action and let go of the outcome, simple as that. Well, for some folks it’s simple but not easy, but it can be done simply by choosing to do it. In this case you reach out to potential partners online and let go of attachment when doing so. Go on that coffee date and let go of attachment to whether it bombs or leads to a second date.

Option 3: Baby steps. Break the action steps down into tiny, easy to accomplish baby steps that will help your client get into action and move forward. If jumping into the dating world is too daunting, then join a club or do community service and focus on meeting nice people with shared interests to have fun and make new friends. Getting out of your daily routine and getting out there in new ways, no matter how, is great preparation for dating when you’ve been off the market for a long time and your world has gotten too small. If your client can’t or doesn’t want to do something, keep breaking it down until it’s small and easy enough for them to do, and once they’re in action, they will be better able to move towards the big, scary stuff.

Option 4: Affirmations. If your client is so stuck and blocked by their limiting belief, give them something else to focus on. This is similar to reframing, but different in that you’re not trying to override or eliminate the limiting belief, just distracting from it to focus on something more productive. In this case something more positive that would support their success. Remember, trying to change or “fix” limiting beliefs is hard to impossible, but shifting your client’s focus off of them is very doable. One of my favorite affirmations for singles is “At the same time I’m on my journey seeking my soul mate, my soul mate is on their journey seeking me.” I find it wonderfully comforting to think that I’m not alone in my search and at the same time that I’m seeking who I seek, they are seeking me! This affirmation kept me going when I got discouraged and led me to my soul mate. This is an easy, gentle, indirect way to counter the limiting belief and give it less power.

Option 5: Focus on hope and possibility. Limiting beliefs are often black and white thinking leading to conclude that the goal isn’t possible. Asking coaching questions to crack open the door of hope and possibility might be all that’s needed. Transforming “I can’t because…” into “How can I…” is a version of this. Asking a single woman over 50 if they have seen or know of other women who have found lasting love late in life might be enough to break through her discouragement and black/white thinking. Henry Ford once said “Whether you think you can, or you can’t, you’re right.” So just accepting that a goal is possible is often enough to replace despair with hope to help your client move forward. Just use your Coaching Superpower to ignore the “Yes, buts” and keep your client focused on hope and possibility, no matter how small and overshadowed by fear and doubt.

And that’s it. Pretty simple, as most elegant solutions are. Reframes are fine, but largely ineffectual because of how ingrained and habitual they are. Hypnosis, EMDR, NLP are techniques that can work, but are beyond the skill set of most coaches and steps into the realm of therapy, which I prefer coaches to avoid.

So remember that “Success is Therapeutic” and rather than holding your client back by assuming they need to change a belief before they can be successful, simply help them move forward towards their goal and see what happens, quite often your client will amaze you!