Is “Should” a Dirty Word? 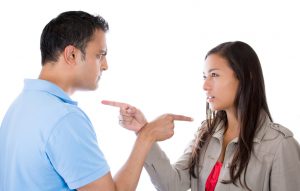 I recently received a comment from an RCI member about a coaching exercise that we use:

“I was challenged by the SHOULD language used in one of the law of attraction exercises. So many of my clients get stuck in “shoulding all over themselves” and while I see the utility of identifying how we get in our own way, there’s something about that verbiage that I’m sensitive to because the word ‘should’ has such negative and punitive connotation that I’d love clients to move away from “should” to embrace what they NEED and WANT.” (edited for length)

And here’s my response:

I completely understand your dislike of the word “should” but like most things, the word and concept can be productive or unproductive, helpful or not helpful, neutral or not neutral, which I’ll address below.

“Should” is ingrained in our language and thinking and it’s a losing battle to try to change that. The reality is that people know what they “should” do but don’t do it. They consciously or unconsciously decide upon a standard that they WANT to meet, that they know they NEED to meet, and that becomes something they know they SHOULD do.

So in this context/paradigm the word “should” is simply referring to what they know is good for them, and that is a productive thing, though usually it’s in conflict with what they ARE doing that is COMFORTABLE for them, and of course they would love to continue doing. So “should” can be framed as code for “something I know I need to do, but it’s really hard.”

Internal conflict is a hallmark of “shoulds” and challenges implementation.

An extreme example of the role of internal conflict of “should” is with drug and alcohol addicts who have been told over and over that they are making bad choices and what they “should” do about it. They typically know they “shouldn’t” abuse substances but resist the incredibly hard challenge of recovery until they hit bottom and life is so painful that they finally decide to do it for themselves. As much as others want to save them, they have to choose to save themselves, it has to come from the inside, and no amount of “shoulds,” even if they agree, will change that.

Two problems with “should” in life and coaching:

Problem #1: Reacting to the “shoulds” of others (including helping professionals, like a coach).

If a “should” is one that you choose for yourself, it is good and functional. It is a goal that you decide is in your best interests.

If it wasn’t hard and there wasn’t an internal conflict, it wouldn’t be a “should!”

If a “should” is imposed on you and you internalize it, you are dis-empowering yourself and even if you agree that you “should” do it you will resist it because it’s not coming from inside you.

This is why coaches who want to empower their clients don’t give advice, because even if they agree with the advice, it becomes a “should” and they unconsciously resist it because it didn’t come from inside them. The very same “advice,” if it comes from inside them (many ways to facilitate that, BTW) will be much more successful in getting translated into action and results.

(Shhh… this is the source of the “magic” of coaching)

It takes a tremendously strong ego and level of development to be able to accept a “should” from someone else and successfully internalize it and make it your own, no less actually do it. We “should” be able to do this but many, if not most, aren’t there yet.

Think about it. What would be YOUR reaction to your doctor telling you that “you should lose weight, exercise more, and cut out fatty foods?” If your response would be “OK, Doc, no problem, I’ll do that.” and actually do it, then you are more evolved than 99% of us!

Problem #2: Internalizing a “non-neutral should.”

A “neutral should” is simply a fact- “I know I need to do this but it’s hard.” In itself it is not right or wrong, good or bad, it’s just a reality we need to deal with.

The “should” gets internalized as evidence of inadequacy which makes it tremendously hard to overcome and implement what we’re being told, or we’re telling ourselves, that we “should” do.

For example, “I’m overweight because I love junk food and I eat it even though i know I shouldn’t and it’s bad for me, which makes me a terrible person who makes bad eating choices and everything I’ve tried to lose weight doesn’t work because I don’t have any self control and I’ll never be skinny and attractive so why should I even try?”

There is so much shame around the “should” that it becomes impossible to accomplish without serious inner work and/or attitude adjustment.

We probably can’t or don’t need to change that we “should” ourselves and we are not going to be able to remove the word or the idea or the practice of “should” from our vocabulary and way of thinking.

But like most things, in itself “should” is not good or bad, it’s simply a word we use to refer to a reality or experience that can be productive or unproductive and what matters is how we respond to our “shoulds.” In the exercise referred to above, the use of the word “should” is intentional, acknowledging the internal conflict between what our clients WANT to do and what they know they NEED to do to be successful.